A Little Progress, and a Lot of Pictures

I know what you’re thinking. Now that you’ve spent sixteen hours of your limited lifespan pad stitching a part of the jacket that will never be seen by anybody, surely, you’re done with the canvases and can move on to some other part of the garment.

To which I say, “You’d think so, right? Sadly, that is not the case. And yes, I have just responded out loud to something you silently thought. I have the power of telepathy. Here, I’ll demonstrate it again. You’re thinking that I’ve pushed this joke way too far and should just move on.”

The canvas, as I’ve pointed out before, gives body and shape to the front of the jacket. Now that the various layers are permanently fused together, the body part of the canvas’ job is covered. It’s time to do something about the shape.

First you remove the basting stitches that temporarily held everything together, leaving behind the pad stitches that permanently hold them together. 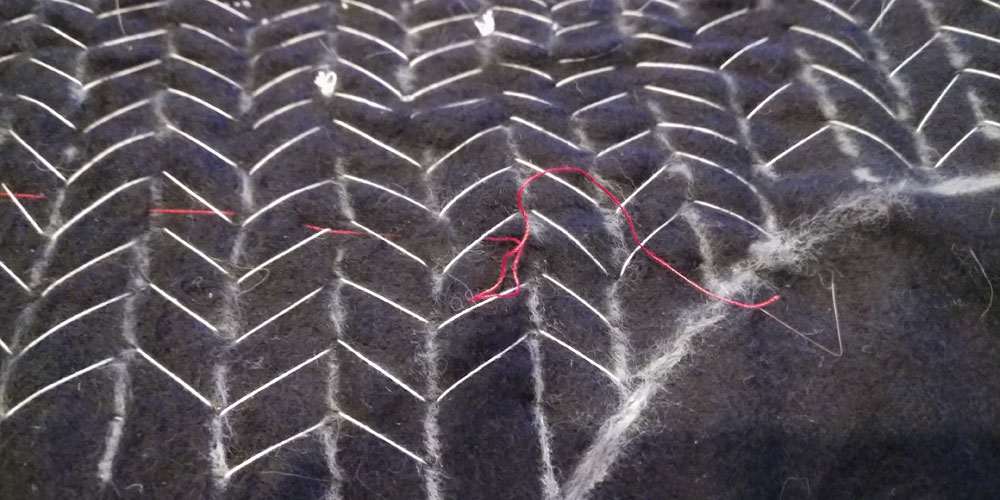 I’d be lying if I said I didn’t consider just leaving the basting in. It would be one of those rare instances that doing the lazy thing would make the finished product slightly stronger.

Once that’s done, you warm up the steam iron and press the canvas while it drapes lengthwise, felt side down, over the edge of your ironing board.  Slowly work the canvas over the edge inch by inch until you’ve pressed its entire width. 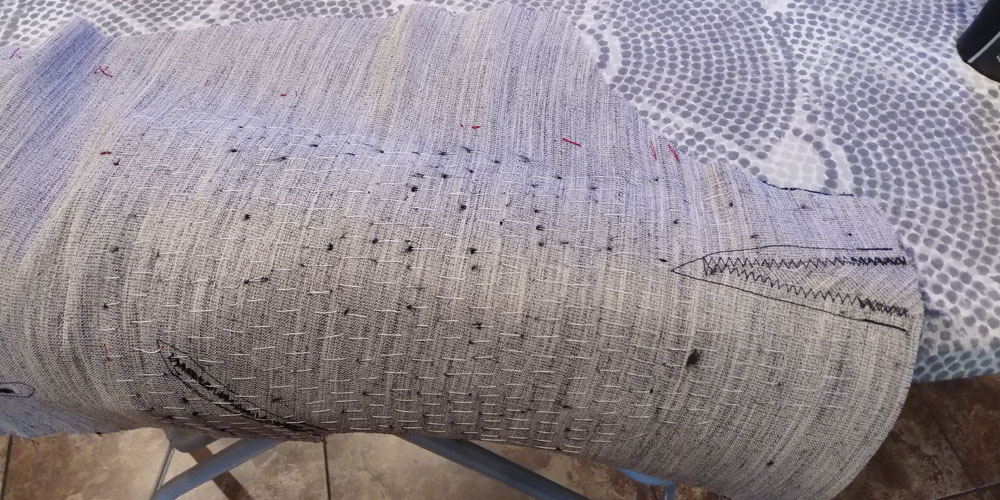 This is the first time in my entire life I’ve ever ironed something to make it less flat.

When you lift the canvas from the ironing board, you’ll see that the felt has shrunk, removing all of the “ease” you deliberately sewed into it, and giving the canvas a pronounced curl. 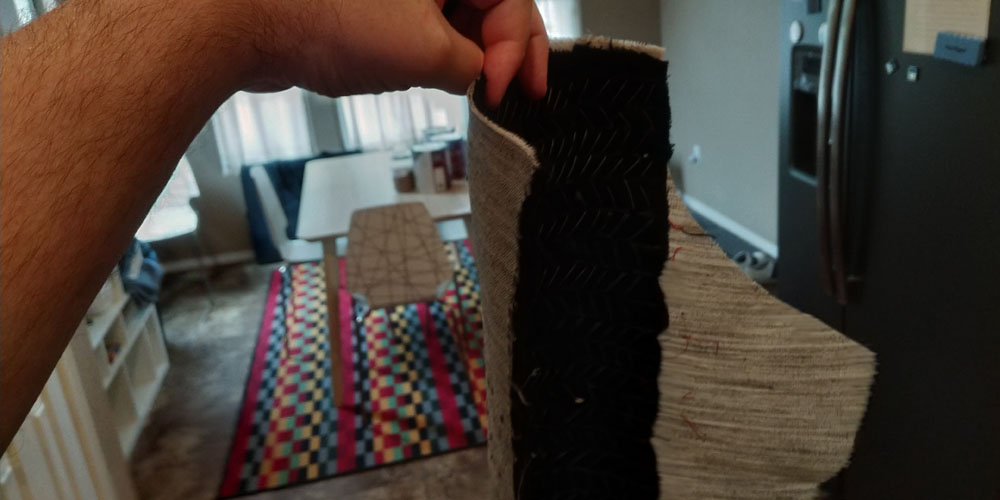 To take this photo demonstrating the built-in curl of the canvas I had to hold it at full arm’s length, gripping it gingerly with two fingers. The storied “Schoolyard, chasing other kids with a dead bird” grip.

Do the same thing with the other canvas, and they’re done . . . for now. 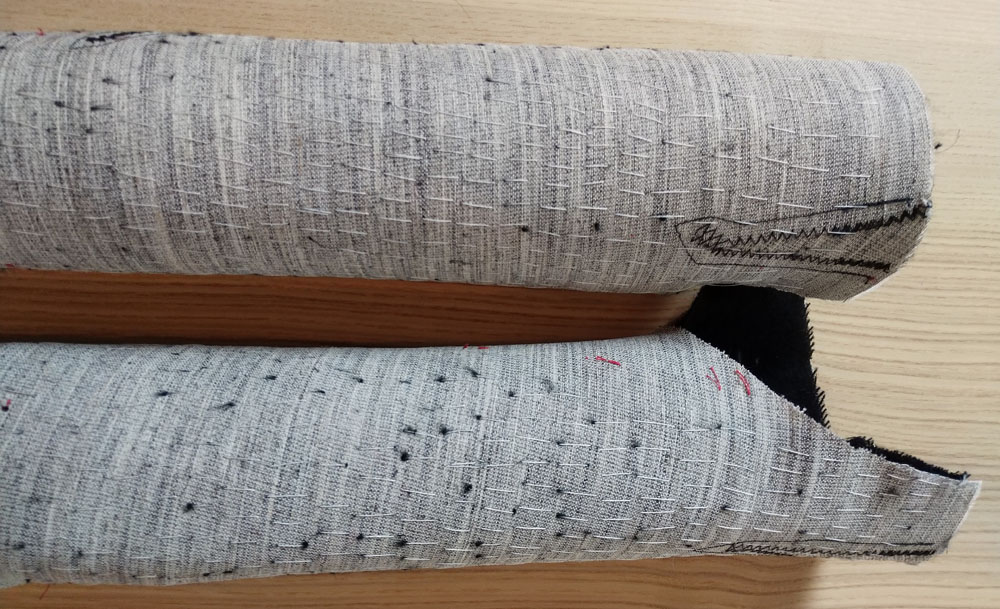 They’re like Taquitos made of canvas and felt, which means they’d probably have a little more flavor than the ones you buy at 7-11.

Moving on, it’s now time to partially assemble the jacket for the first fitting. That means temporarily basting in the waistline and underarm darts.

First, you lay out one of the jacket’s front pieces on a large table. Then you remove the cat that will immediately appear on said front piece. 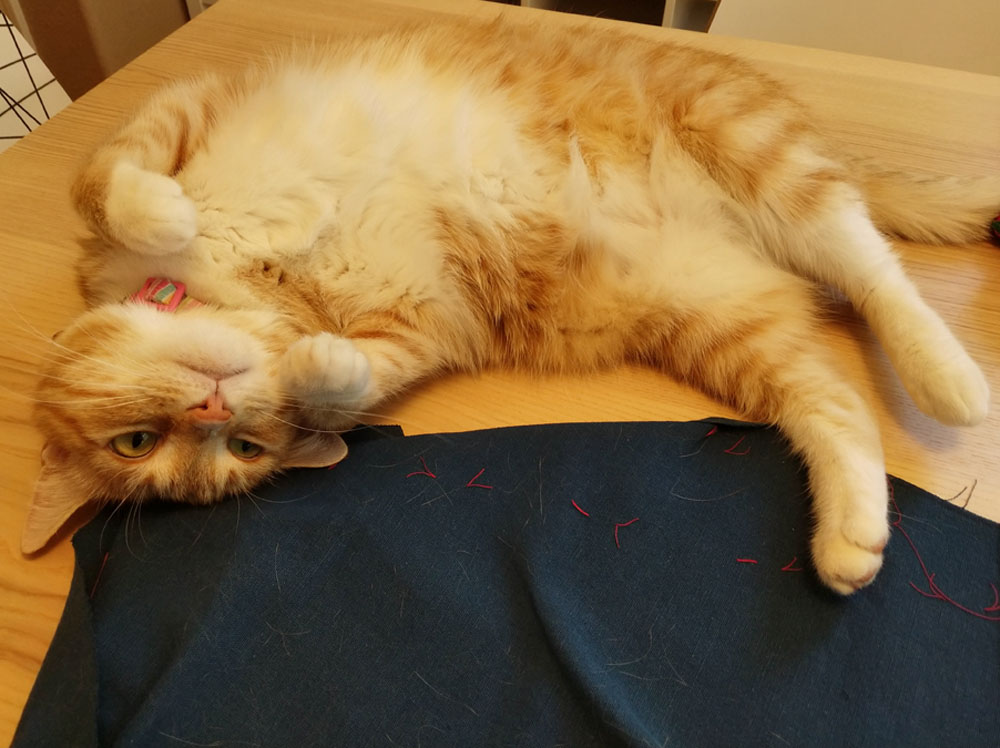 I included this photo to explain the cat hair you’ll see on the fabric in later pictures, and to demonstrait why I can’t stay mad at this cat.

Find the areas where the darts are marked. 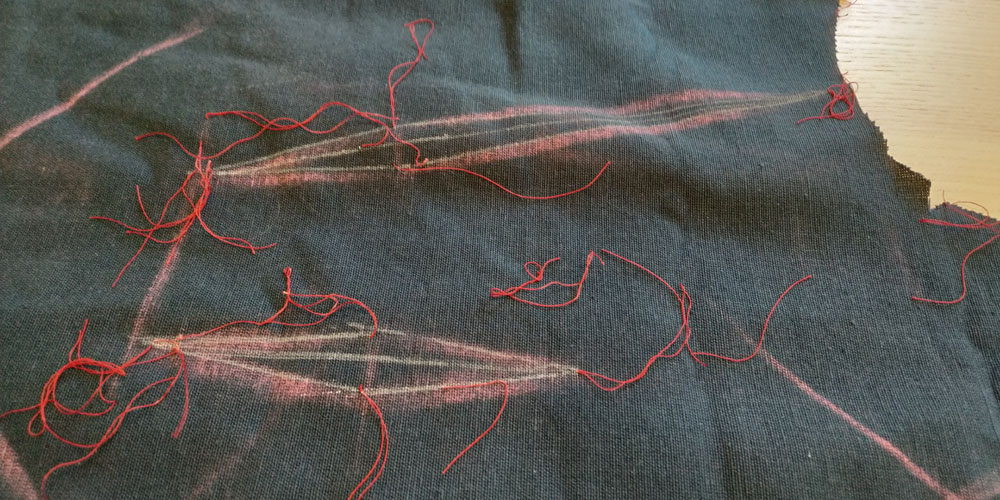 I tried way too hard to come up with some dart related joke for this caption. “Dodge Dart? Bullseye? I once knew a guy named Dartanion, is there something in that? Ugh. Nevermind.”

Fold the fabric along the center line of one of the darts and pin it together so it won’t move. 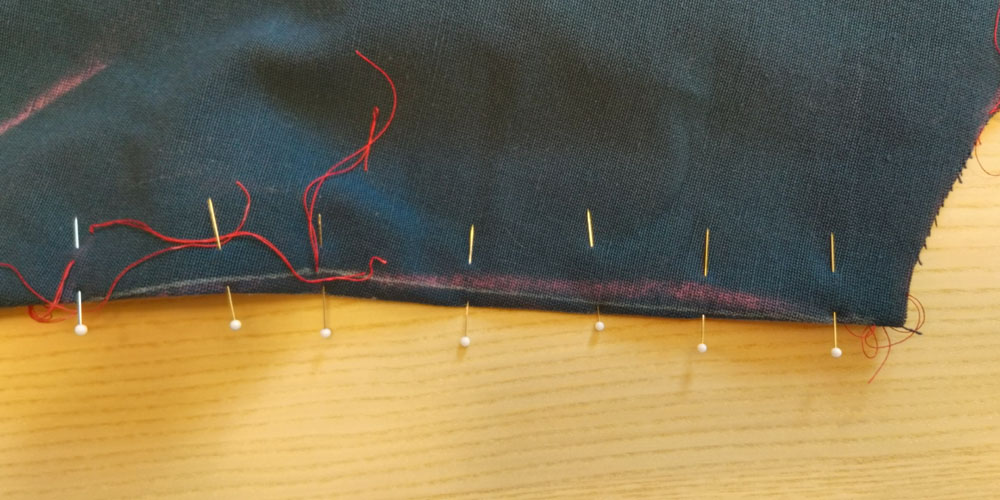 I’m starting to get the idea that pinning your seam well beforehand and ironing it well afterward are more important to the final look of a sewing project than the actual sewing. That’s a shame since sewing is what takes most of the actual time and effort. 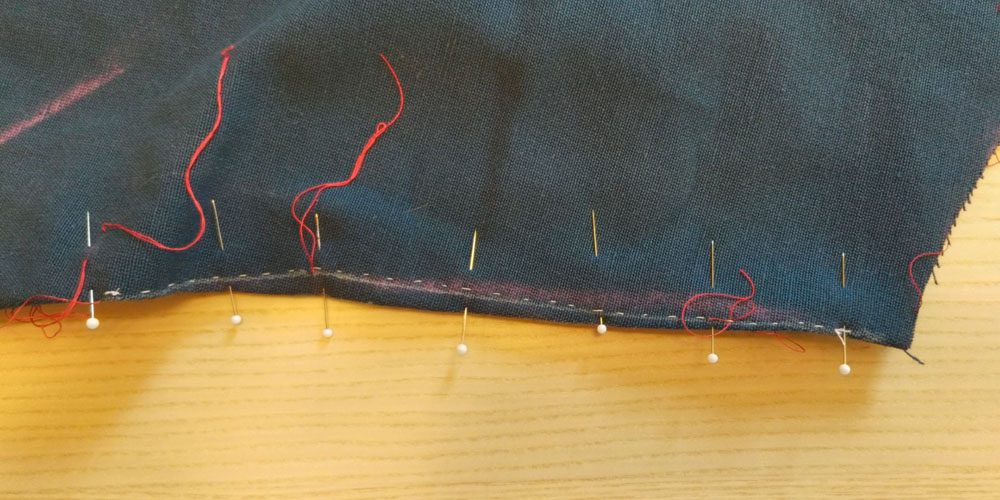 My stitching’s getting better though.

Do the same with the second dart, turn the front piece over, and it should look something like this. 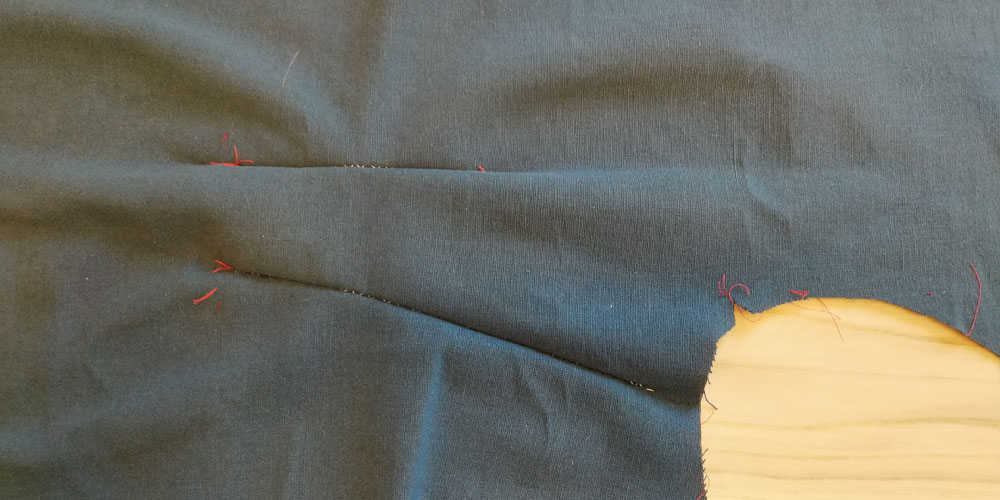 And no, you’re not supposed to be able to see the stitches peeking through, but this is just temporary.

Note, the darts will look much sharper when they’re permanently stitched and pressed. Right now we’re just throwing it all together enough to make sure the fit is at least close to right.

Do the same with the darts on the other front piece, and that’s about it for this post.

I’m going to end today by pointing out that among the many, many YouTube videos I watched when planning this project, one of the better ones was a promotional video for a whisky company, extolling the virtue of making things by hand, in which Anthony Bourdain gets a bespoke suit. I’m linking to it here, for obvious reasons.