Now that all of the fabric was in hand and I’d taken all of the necessary measurements, the next logical step was to draft my pattern. I’d been looking forward to this part. Something about using a square and a yardstick to draw on a huge piece of paper makes me feel like Wile E. Coyote.

In case there’s any doubt in your mind, I consider that a good thing. Also, in this case, it is apt.

Also, there was reason to believe I’d enjoy drafting the pattern. Back in high school, I took shop. We spent the first couple of months learning drafting, which I had enjoyed and got an A+ in. Then we moved on to making things. That went less well.

Anyway, it was with a sense of great optimism that I started drafting my suit pattern. 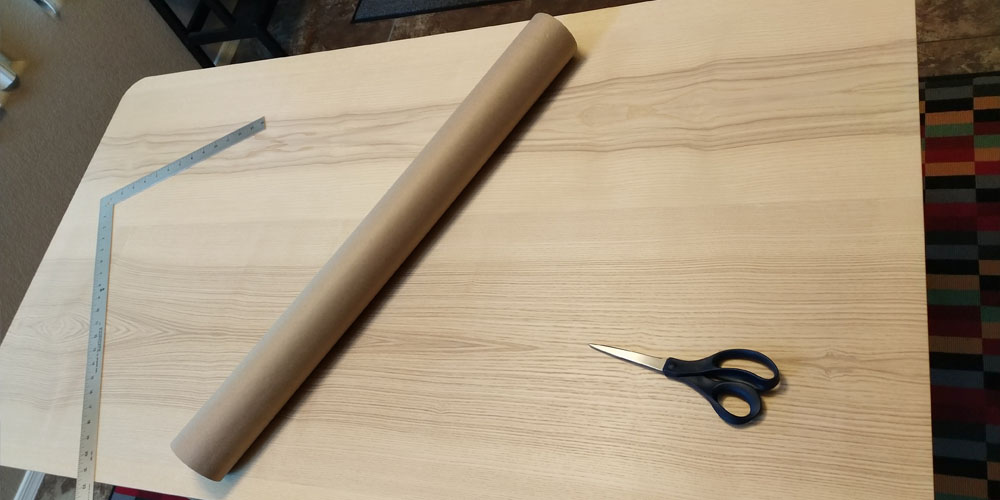 A nice moment of calm that is in no way ominous. 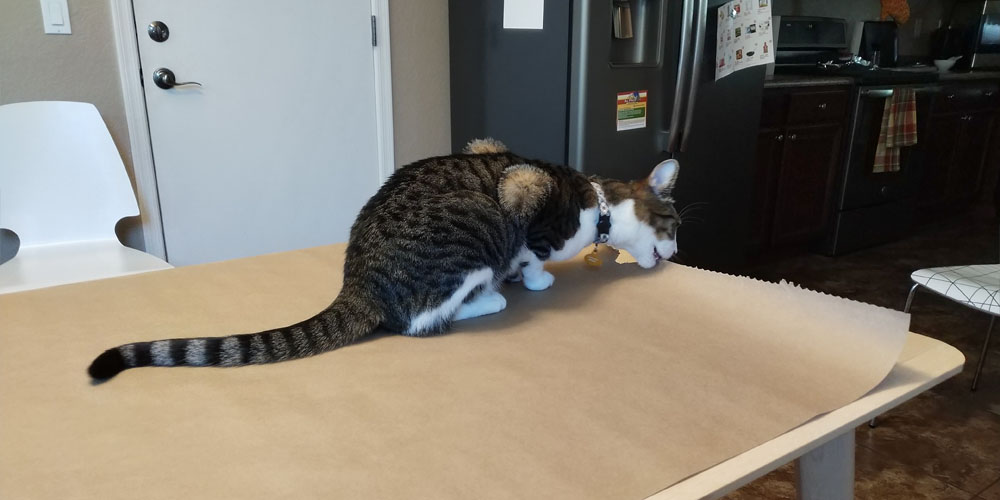 The cat food we pay for is unappetizing to her, but craft paper looks delicious.

In retrospect, the drafting module of my shop class would have been infinitely more difficult if there had been cats running around the workshop.

In broad strokes, when you draft a pattern for a suit jacket, you take the measurements of the person who will wear the suit and run them through a complex algorithm, usually referred to as a system. 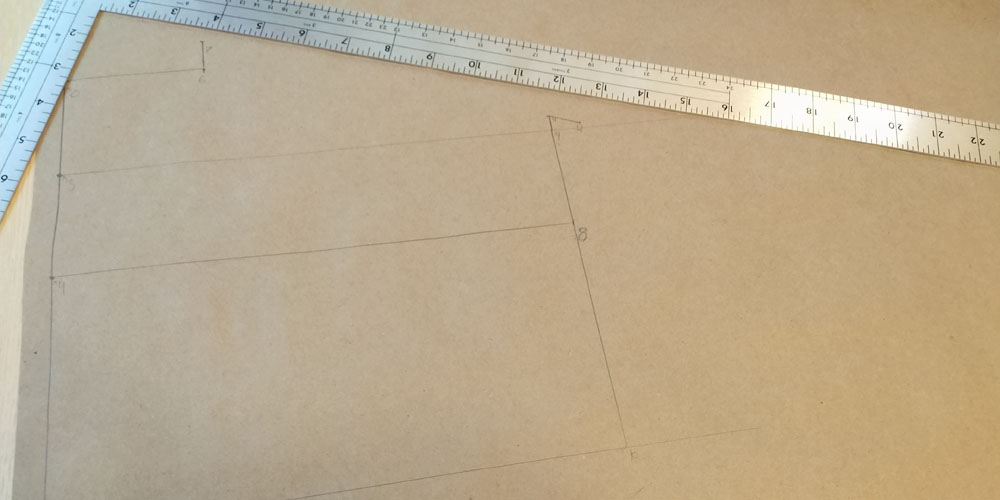 I was pleased enough with how it was going to take a photo at this point. Remember that. It may be amusing later.

All of these elements are drawn while consulting my measurements, doing math (pretty much all of which was dividing fractions, everyone’s favorite) and, in my case, wrangling two cats.

After roughly twice as much time as I’d expected, I had my finished draft for the chest and back. 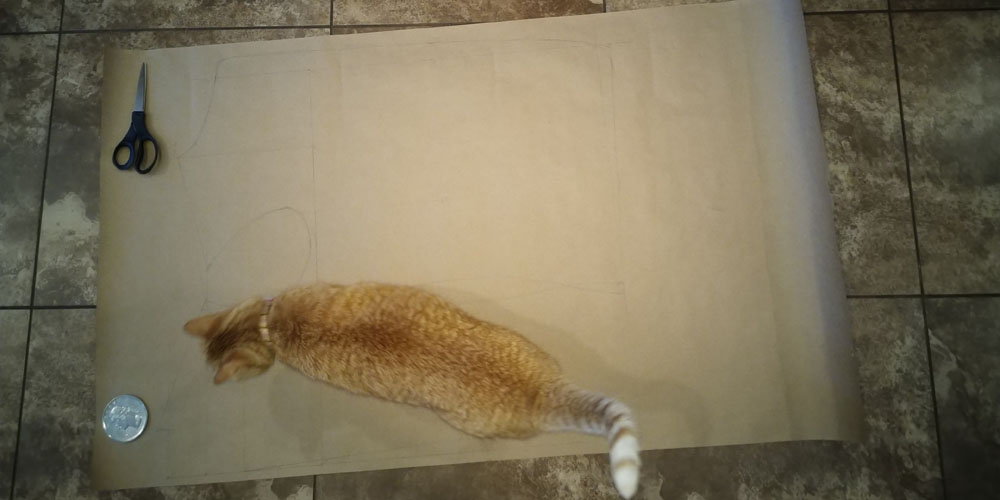 The finished draft, shown with an oversized novelty quarter, a mildly obese cat, and a pair of what may or may not be tiny scissors, for scale.

As you may be able to see for yourself, it didn’t look right. Here, I’ll futz with the contrast to make the lines stand out better. 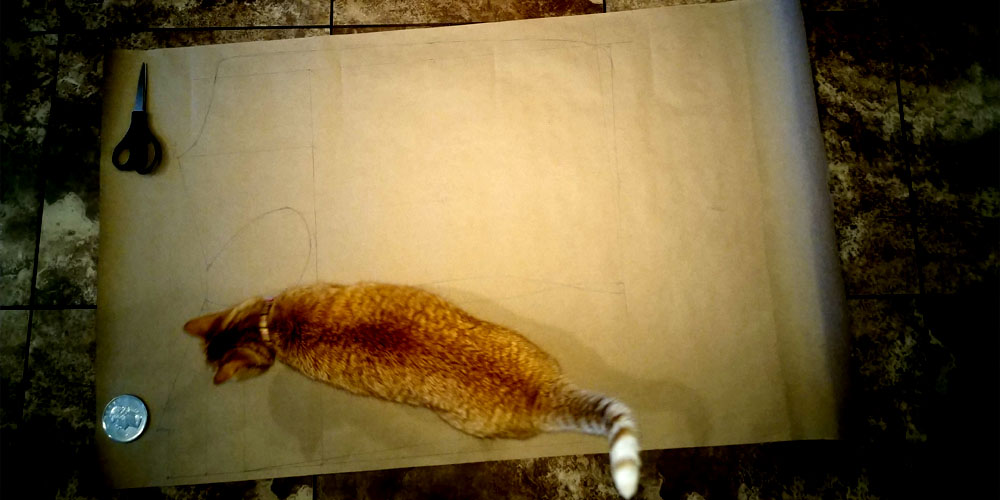 That’s better, in that you can more clearly see that it’s not good.

For some reason, everything north of the waistline looked wrong to me. I went back the next day and started working my way through the entire draft, double checking my work. The good news is that I found the problem quickly, a simple misread of the instructions, causing me to draw a line shorter than I should have.

The bad news was that the mistake occurred in the drafting of the rear collar, the second thing I drew, meaning that every single line I drew after that was, in some way, wrong.

Note: The line between 0 and 6 on the left is around three inches long. On the right, in the second try, it is over four inches.

I gave myself a night to work through the twelve stages of grief, then started on the second draft. I went through the same process I’d used the first time, only taking more time to double check every measurement. The cats also upped their game by adding a new element to their interference: drool! 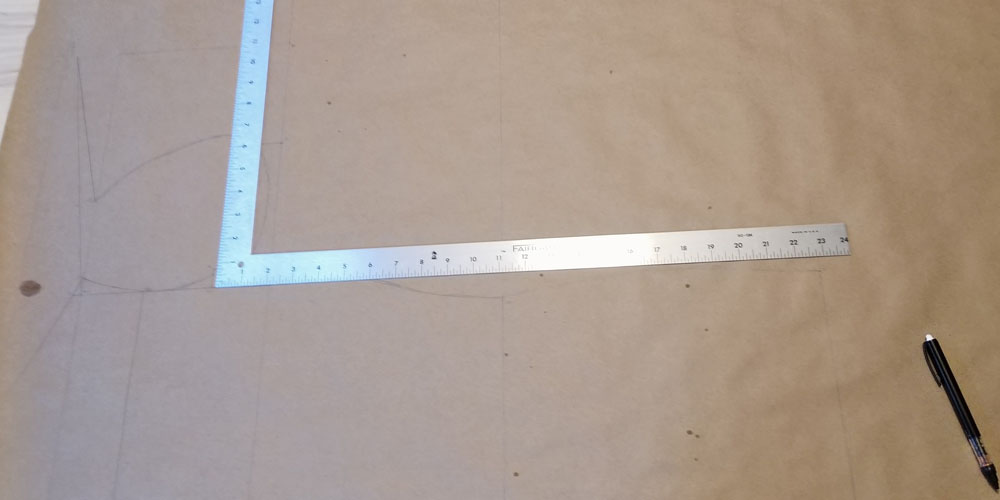 All of those dark spots are cat slobber, including the big one along the left edge.

But, cat saliva aside, the second completed draft looked better. 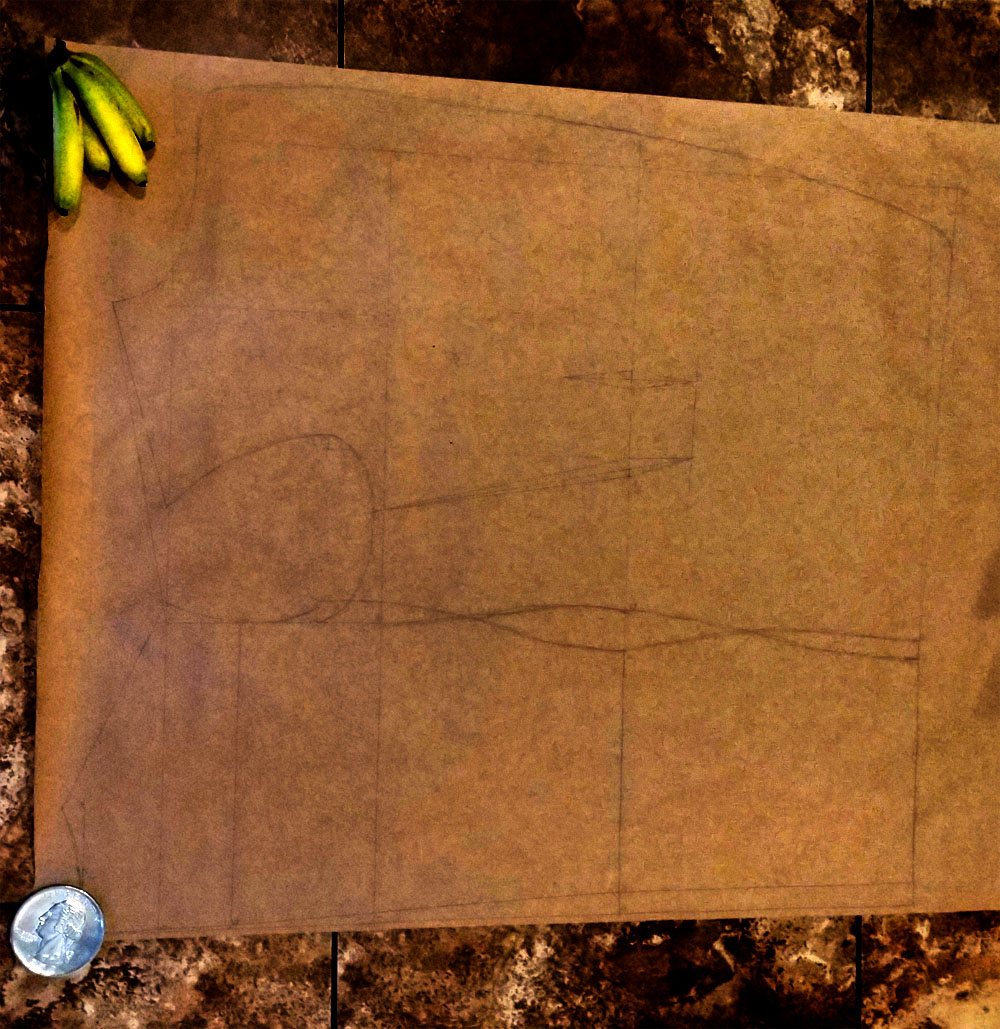 Shown here enhanced to make the lines stand out, and with a giant novelty quarter and a bunch of dwarf bananas, for scale.

Here’s a side by side to show the difference. It’s especially noticeable around the scye. (Or armhole.) 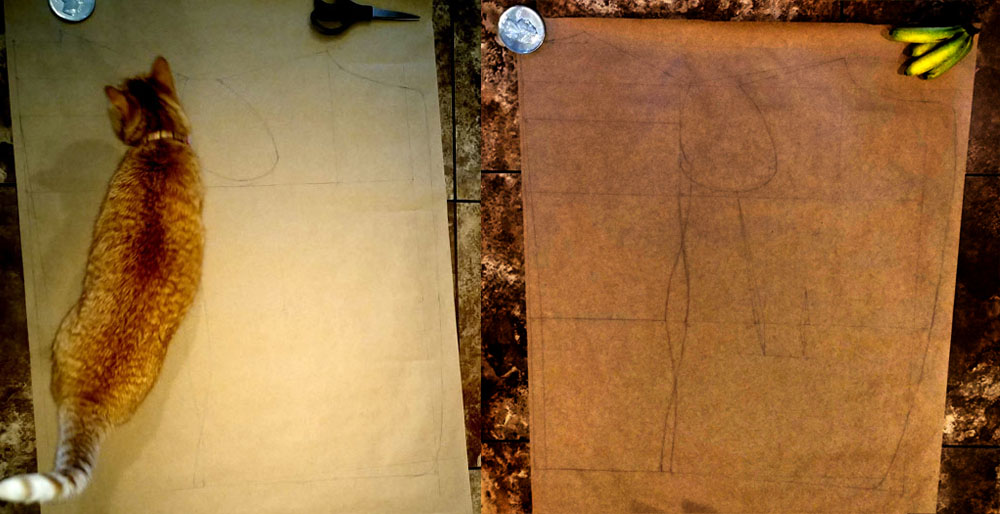 These photos also illustrate how inconsistent my smartphone camera is for taking low-light shots.

Next up, I test the pattern. Will it be perfect, allowing me to move on to the next step? Or will there be some wretched flaw, causing me to do the whole draft again? Well, in theory, testing the pattern shouldn’t take all that long, so the fact that it’s an entire blog post unto itself might be a clue.