You know where this is going.

Four hours of effort got me from this point: 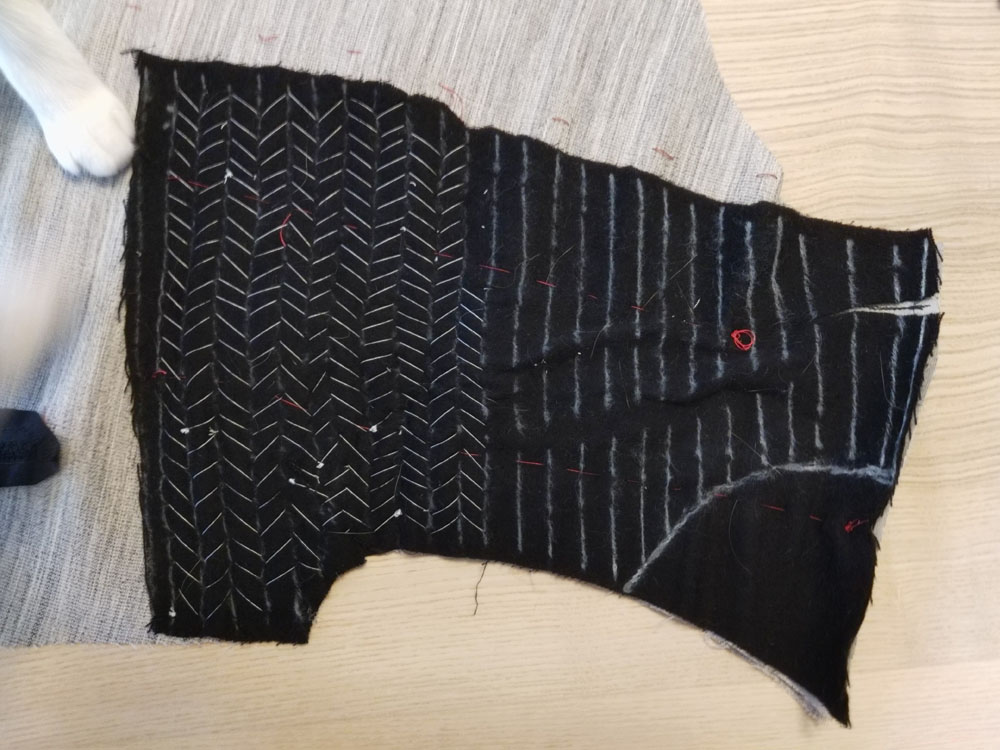 This is where we left things last time. 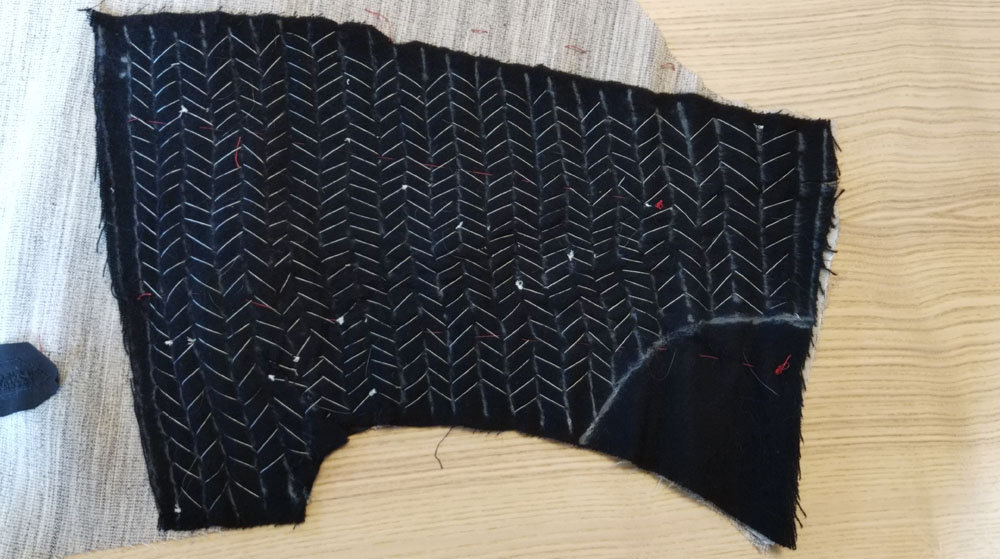 And this is where they stand now.

I’m still amazed at how time-consuming this was.

Also, when making the pad stitches, you have to be careful to at least try to evenly distribute the “ease” (the extra slack in the felt cover piece) so that it will shrink evenly later on, so you can’t just go on autopilot. You need to pay attention to every stitch.

I could go on and on about this. I certainly had enough time to think about it.

Anyway, that’s all the pad stitching . . . for now. Yes, another step, later on, calls for more pad stitching, but it’ll be different . . .in that those pad stitches are actually much more challenging to execute.

However, I’m simply not going to think about that right now.

See you next week!