When last we spoke, I had started work on the interfacing of the jacket, which is sometimes referred to as the “Canvas.”

I dealt with that last week. This week I am going to make the other two parts of the canvas, neither of which is made of canvas. 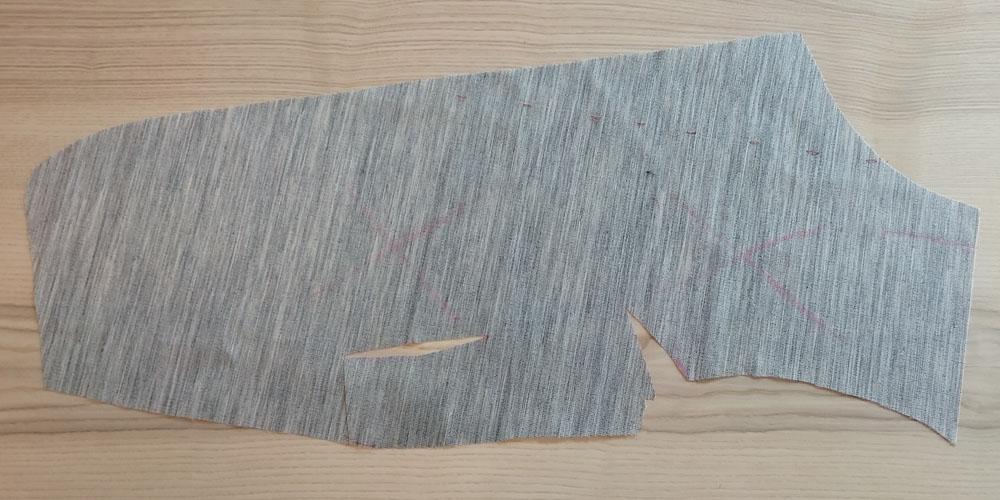 The Canvas, which is part of the canvas, and is not made out of anything you’d recognize as canvas.

The second part of the canvas is a smaller piece that helps for the drape of the shoulder. It is sometimes called the chest piece.

(I know that was a stretch, but I kinda couldn’t resist.)

The chest piece is essentially a copy of the upper corner of the canvas, and gets the same darts as that portion of the canvas did. 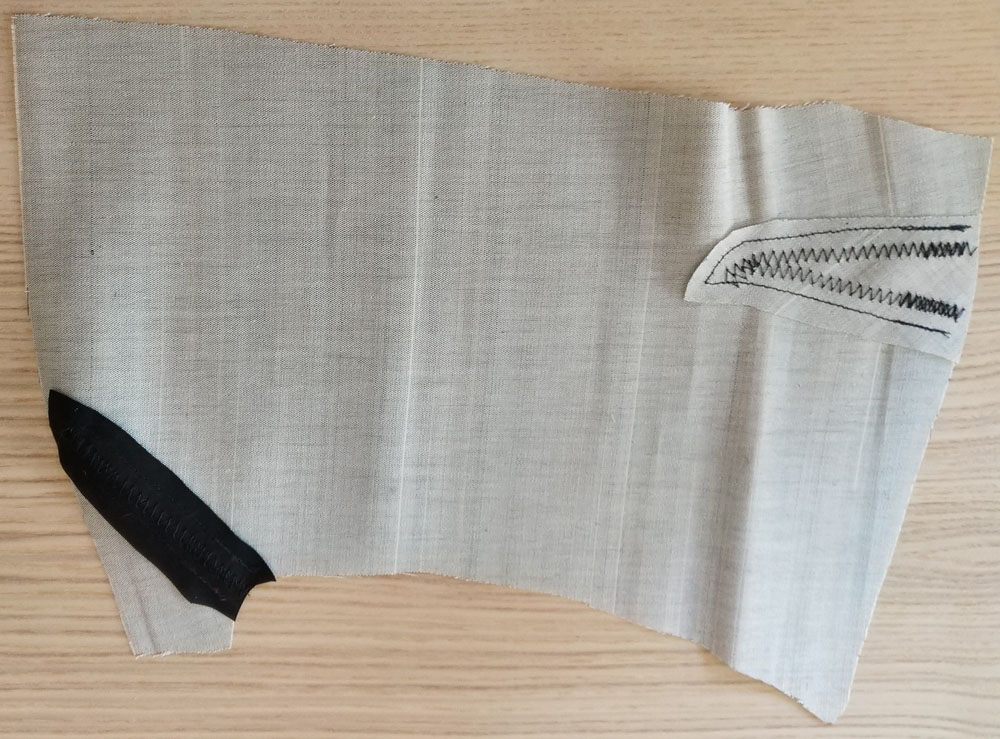 Note the zigzag stitching I executed with a sewing machine, and only slightly screwed up! 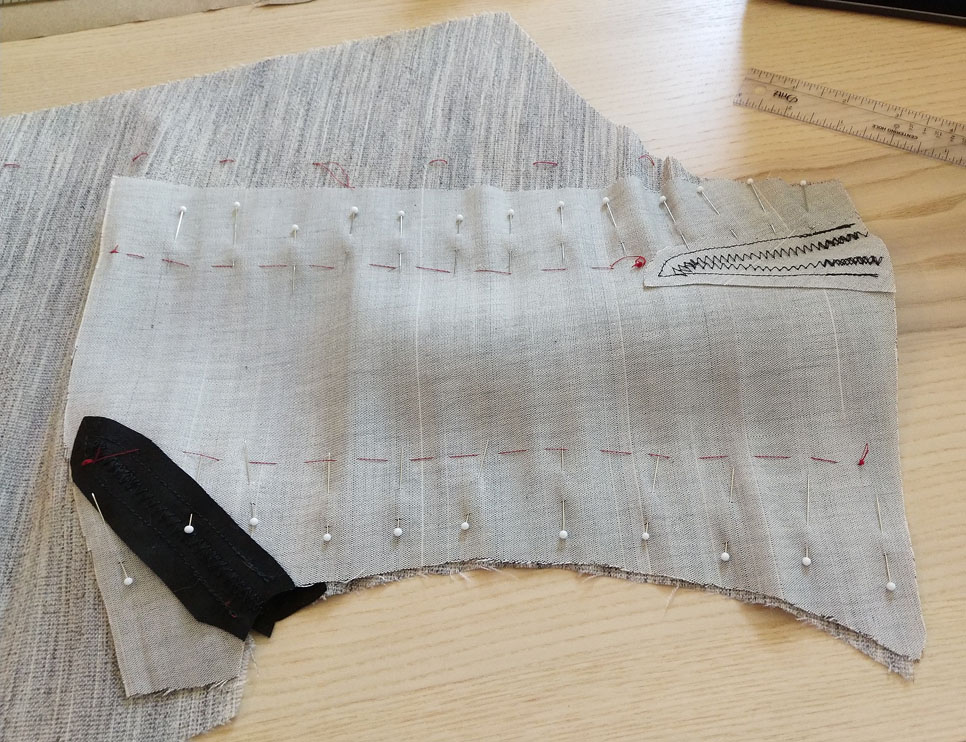 Shown here before the depinnifycation process.

Once that’s done, you move on to the cover cloth. The cover cloth is made of thick, soft felt. It lays over the chest piece and ensures that no strands of the very stiff, sharp animal hair come loose and poke through the jacket and into the jacket wearer’s various tender shoulder meats. This part is optional, but as the wearer in this case will be me, I’ve decided to go the extra mile to protect the wearer. I’m certain he will appreciate my craftsmanship. 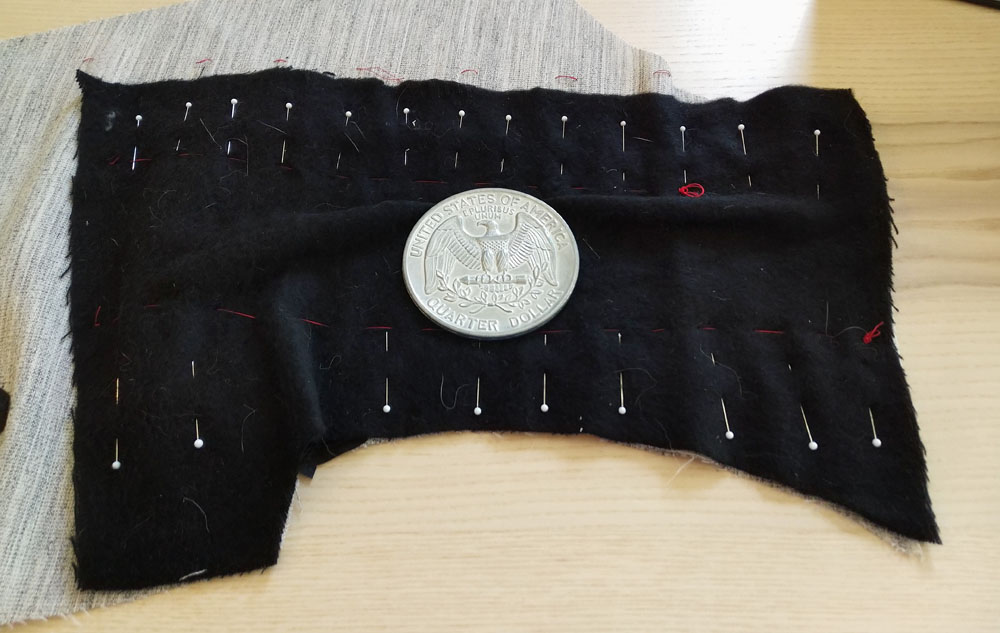 Shown with a giant-sized novelty quarter, for scale. I figured I’ve been overusing the penny lately.

One interesting wrinkle is that you deliberately pin and baste the cover cloth on in such a way that it has some excess fabric sort of wrinkling up in the middle. This is referred to as “ease.”

Now that everything is cut, darted, pinned, basted, eased, and unpinned, you take all of the steps I just mentioned, and do them again, but in a mirror image so that you have two canvases.

The next step will be “pad stitching.” It is a series of hand-made, half-inch long stitches that hold all three of the layers of the canvas together. A skilled tailor does these without any guidelines, trusting his or her muscle memory and experience to help keep the rows of hundreds of stitches straight.

I know better than that.

I drew a series of guidelines, along with a quarter circle in the corner to show where the shoulder pad will be. 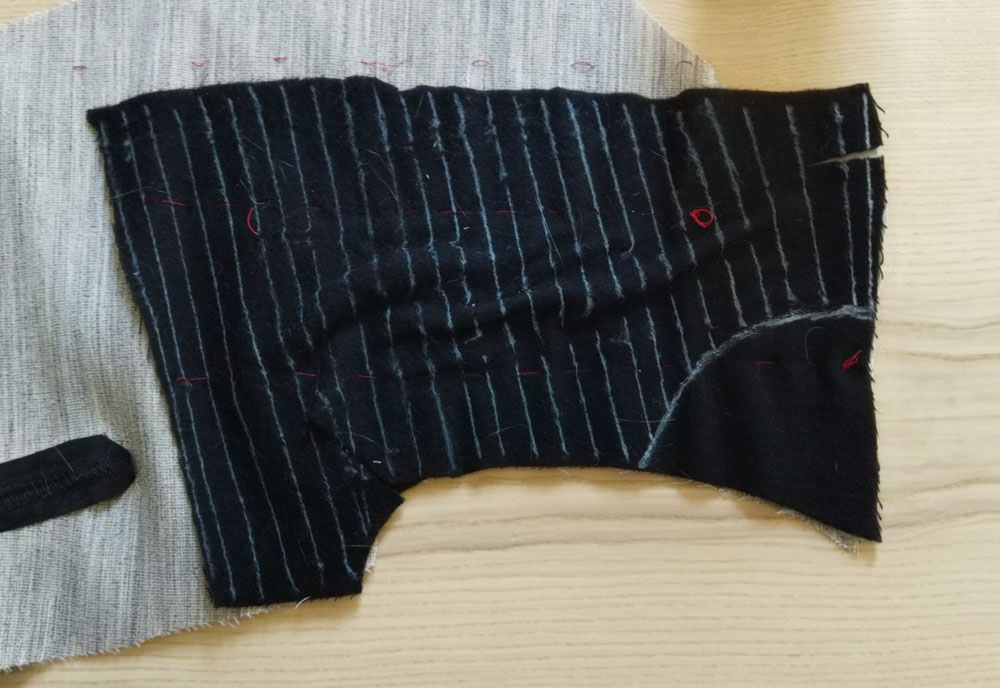 That’s how straight my lines are when I draw them with a ruler. You can imagine how the stitches would have looked if I’d eyeballed them.

Note, it’s hard to find something that can draw on thick, soft felt. I ended up using a liquid chalk marker, but had to stop often and clean the nib, as it got “too felty.” 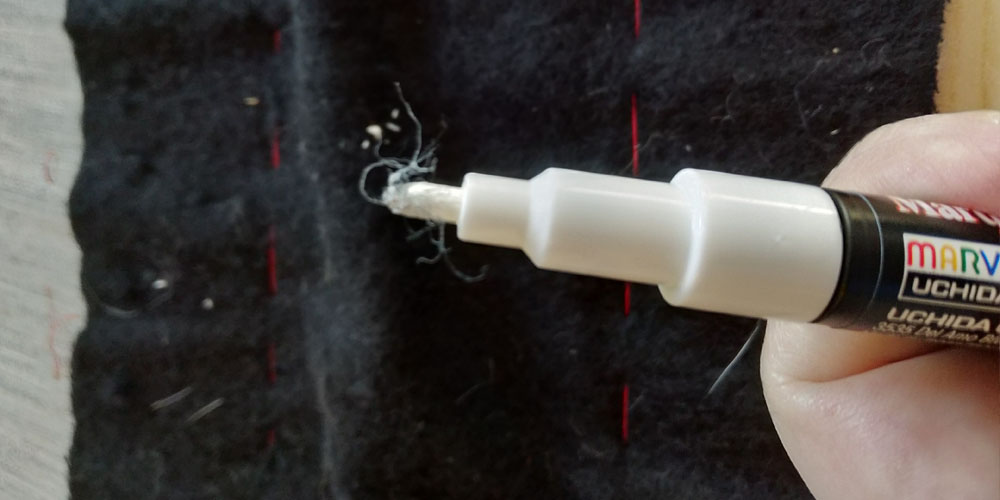 As you can see, it was too felty. (That sounded bad.) Anyway, I had to get a paper towel and clean my nib. (Ugh. That didn’t make it any better.)

Now the canvases are ready for pad stitching. In the next installment or installments of this blog I will keep you appraised of my progress in the pad stitching process in real time, but I warn you, this was the part that, in my first post, I described as being so tedious and time consuming that mechanized factories don’t bother with it.