I Literally had Trouble Seeing the Pattern!

The story so far: I, a middle-aged man with no experience sewing and questionable taste in clothing, have decided to make a suit from scratch. I have amassed the tools, materials, and first aid supplies I will need to see the project through to fruition. There’s only one thing keeping me from getting started cutting and sewing fabric.

I have no pattern.

Now, most people would go to the local fabric store or a related website and buy a suit pattern, just as most people would wear a helmet when riding a motorcycle, or avoid slamming their hand in a door. With regards to the helmet and the door, I’m with them. As for the suit pattern, I DENOUNCE THOSE PEOPLE AS COWARDS! COWARDS WHO LACK “GRIT!”

From the moment I first thought of this cursed project, it has been my intention to create a custom pattern, designed from scratch starting with my measurements. The ultimate custom-made suit, created specifically for me, and only me. It’s an attractive idea, or at least it was until I actually looked at what it will entail.

Part of what sent me down this rabbit hole was reading Bespoke, by Richard Anderson, a book I enjoyed very much. It’s the autobiography of a man who started out as a teenaged apprentice at Huntsman (The Saville Row tailor shop that inspired Kingsman) and now owns his own successful Saville Row shop. If you find this kind of thing interesting, I highly suggest it.

In the book, he tells the story of how he was first introduced to bespoke pattern making, and mentions that at the time Huntsman used (and he still uses) what he refers to as “The Antiquated Thornton system.” He makes a big deal of how confusing and bewildering the system was to him when he was a beginner.

Me being me, I set out to find the Thornton system. I won’t bore you with the details of my protracted search, except to say that many people had posted diagrams of the system without any instructions, which is quite a bit worse than useless for my purposes, and that I finally found what I was looking at antiquepatternlibrary.org. 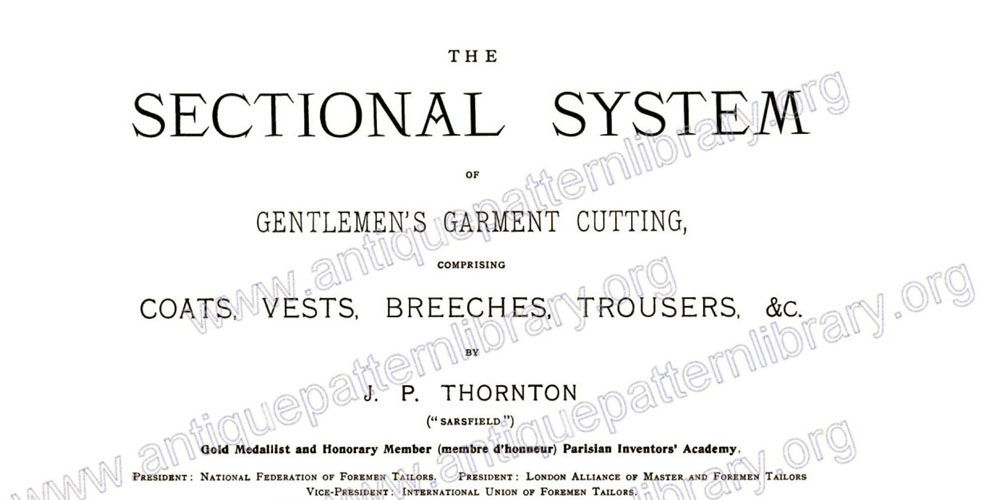 I wish I could tell where I got this PDF from. If only there were some sort of watermark.

They had a full scan of Mr. Thornton’s entire book available for free, quite a bargain, as it seems the book would have cost me twenty-five shillings back when it was published, in 1894.

So, armed with the scan, a set of example measurements, and a copy of Adobe Illustrator, I set out to make a jacket pattern via the Thornton System. 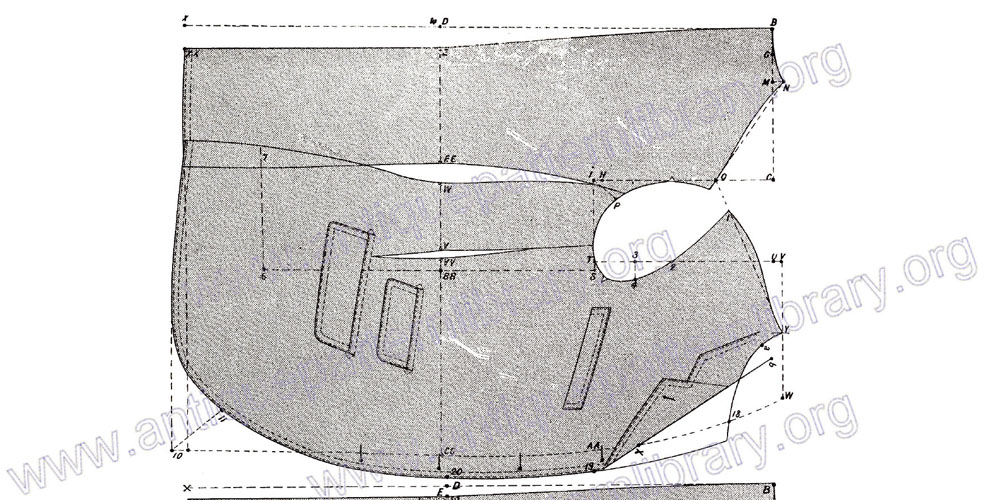 Here’s how far I got before I gave up in despair. 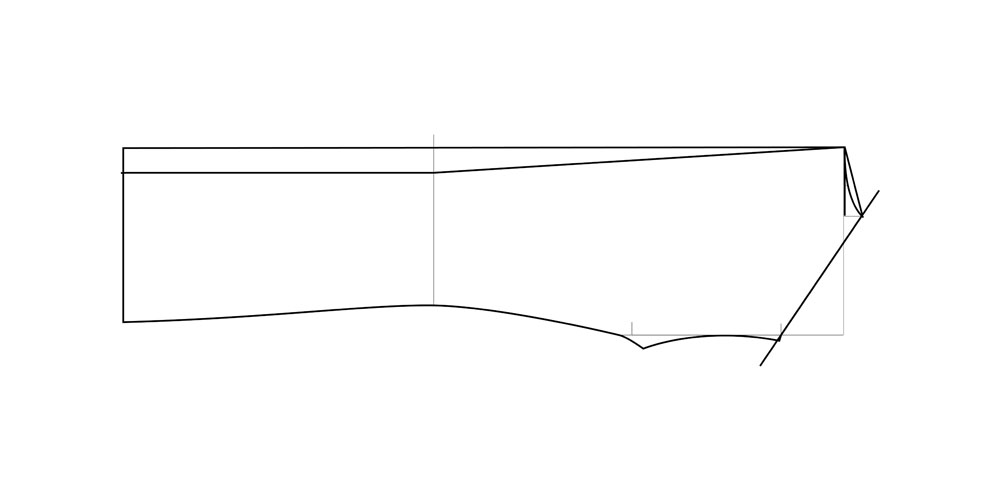 I got hung up looking for a reference point that I hadn’t seen mentioned before, and that I could not find on the diagram.

I decided to put a pin in the Thornton system and look for something a system a little clearer, and more modern, as the Thornton System is from the century before last. 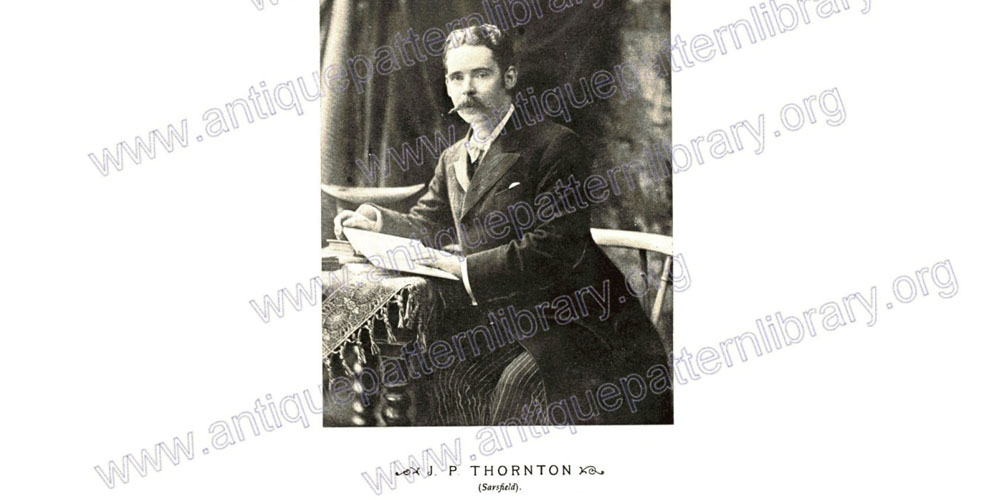 Still, I can’t be mad at that mustache!

I did a great deal more searching, the details of which I will spare you, and found a scan of a highly regarded textbook called The Modern Tailor, Outfitter, and Clothier, which was published in 1919.  Modern indeed!

It contains a couple of different systems for creating the outline for a man’s suit jacket and pants, and instructions for actually constructing the suit. As a resource, this book was exactly what I needed. The scan, however, was pretty bad. It looked like a photocopy of a photocopy, with many of the fractions in the instructions reduced to inscrutable smudges. 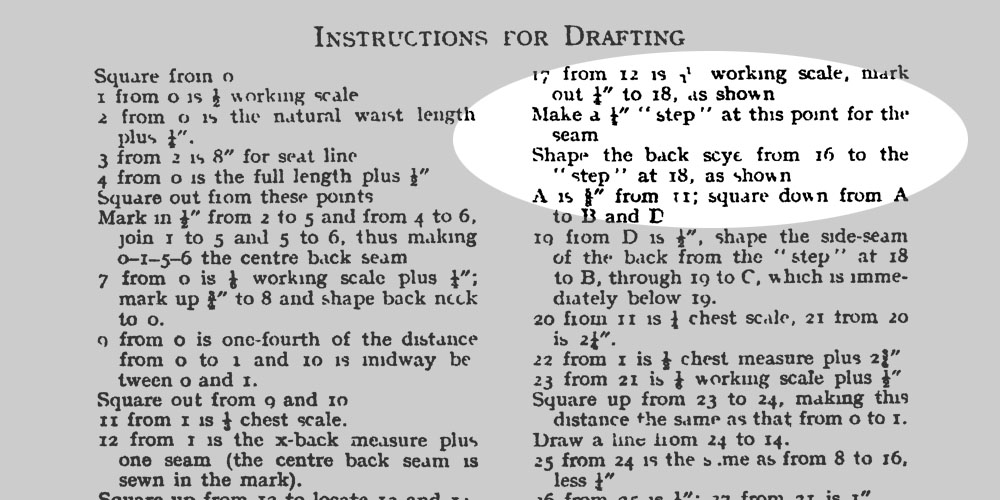 My search brought me to a Kindle edition from a publisher that promised “classic works in affordable, high quality, modern editions, using the original text and artwork.” I happily spent four dollars on the Kindle book, and went to the page with instructions, looking forward to the crystal clear fractions rendered in standard Kindle text.

This is what I saw. 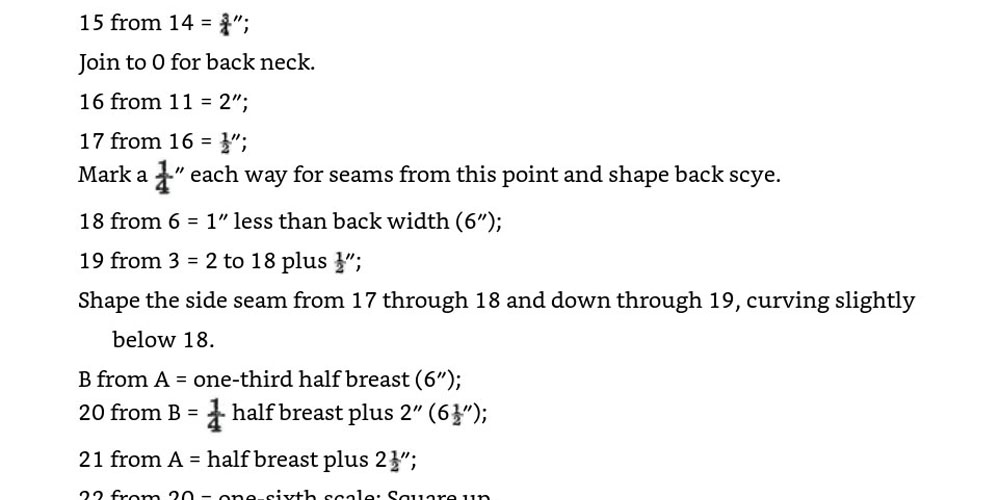 There was one part I wanted them to make clearer, and it’s the only thing they left blurry!

In fairness, that is a bit better, but in addition to the photographically perfect reproductions of blurred, smudged fractions, I found enough obvious transcription errors that I didn’t trust the text as a whole. It wouldn’t have been as big a deal in a block of text, but in instructions that involve math, it was a deal breaker.

I was on the verge of giving up when I found the perfect scan. 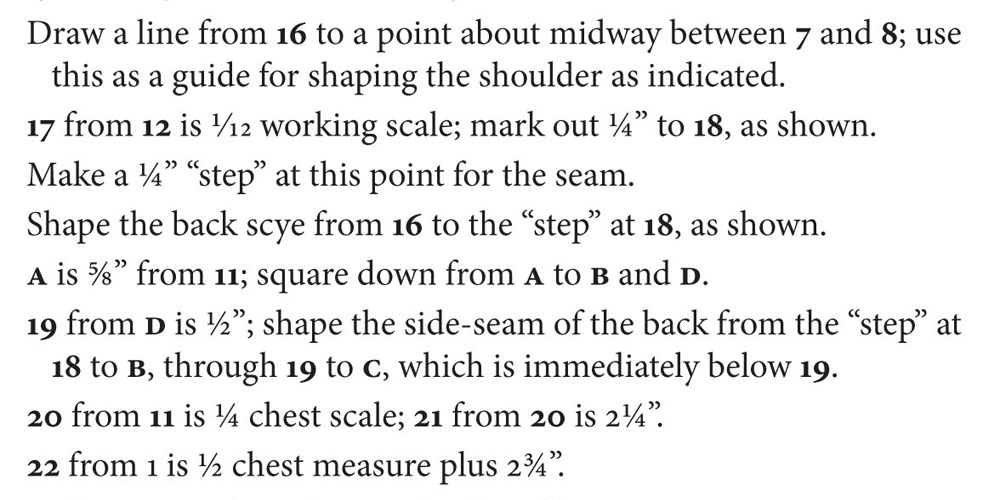 It’s a high-quality scan that was then ORC’d and proofread. Exactly what I needed. It was on the deviant art page of a steampunk tailor who calls himself Ratspeed. He has a very nice website where he sells handmade pressing bucks.

The scan isn’t perfect. Nothing made by humans is. I’ve found a couple of places where the number 15 is printed as the word “is” but it’s nothing I can’t deal with. I was so grateful for his hard work I subscribed to his Patreon account. He’s since bought a mechanized book scanner so, we can hope more excellent scans will be on their way.

So, armed with my instructions, it was time to start making my pattern.