I didn’t even make it to purchasing my material before I made my first major deviation from the original plan. I will not be making a suit after all.

I will make TWO suits.

For this doomed expedition into the frontiers of my own incompetence to be worthwhile, there has to be at least a chance of ending up with a suit nicer than one I could just buy off the peg at my local JC Penney. That means using high-quality fabrics. That said, the idea of trying all of the hundreds of steps necessary to complete the project, for the first time, on very expensive cloth . . . felt more stupid than brave.

Also, it turned out that many of the more obscure materials needed for the project were only available by the yard (or meter), but a single suit takes less than one meter of some of these, leaving me with a surplus.

As much fun as spending the rest of my days trying to figure out a use for a half yard of haircloth, I decided the solution to both of these problems was to buy some less expensive material and make two suits. I will try each step out on the cheap suit before moving on to the expensive one. I’m doubling my chance of success, but I’m also doubling my chance of failure, and opening up the possibility that I will fail twice in a row, which we all know isn’t just twice as funny. It is four times funnier, thanks to the perversity of comedy math.

Once I decided to make the suit, and gathered my instructional materials, the next logical step was to purchase the stuff out of which I will make the suits.

Below, I will list the materials I have purchased, along with a brief explanation of what each item is, and its purpose. There was very little of it I was able to source locally. I guess there’s a reason no wealthy character in the history of film or literature has ever said, “I’ve commissioned a bespoke suit, and it’s time for my first fitting, so I’m off to Phoenix, Arizona.”

I ended up ordering most of this stuff online. I had to order much of it from a supply company located on Savile Row, in London, which felt right for the project.

As you read the list, know that I considered including a photo of each item, but photos of fabric don’t tell you much. Take it from someone who spent two weeks selecting fabrics online. 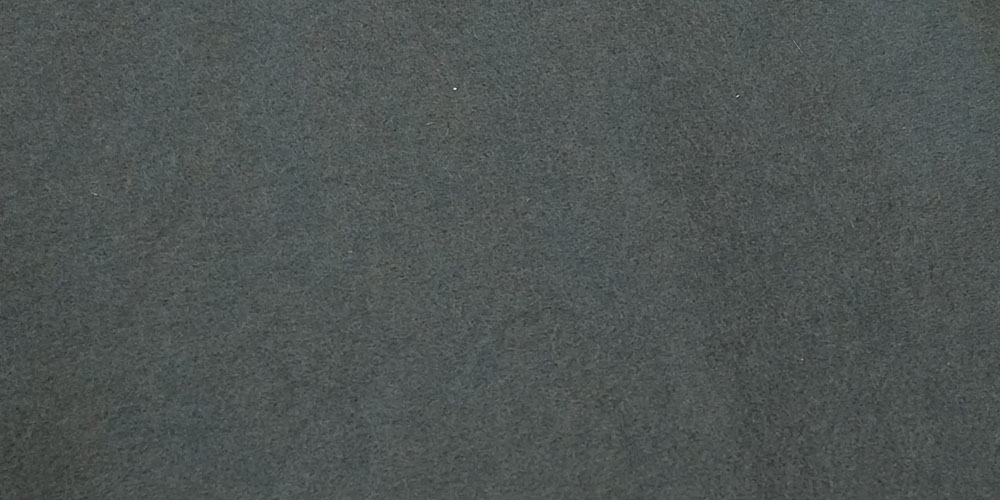 See what I mean?

Suiting material: This is the primary material from which the suit is made. I looked at several local fabric stores, but when you insist on using fabric that contains no synthetic fibers and doesn’t have a repeating pattern of the logos of any sports teams or toy lines, the selection at JoAnn’s gets real small, real fast. For the final suit, I selected a lightweight (because I live in Phoenix) virgin wool in charcoal gray, which I ordered from Mood because I recently made friends with someone who works there. 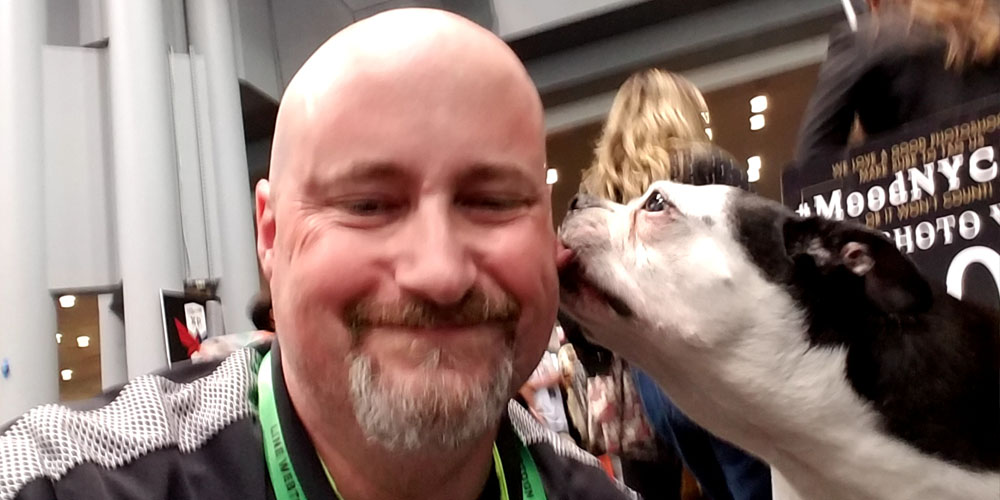 Behold, one of the advantages of being “salty.”

For the cheap suit, I selected a blue linen I bought at IKEA for less than a quarter of what I paid for the wool. I forget what it was called. Probably “Spunblorp,” or something similar.

The Lining: For the final suit I selected a material called cupro. It’s a synthetic material, which was something I was trying to avoid, but my research leads me to believe that it’s what many of the houses on Saville Row use these days. While it’s man-made, it starts out as cotton, and maintains many of cotton’s qualities (The look . . . THE FEEEEL of COTTON!) while being very durable and having a hand-feel like silk, making it an ideal lining material.

For the cheap suit, the lining was an issue, as true linen suits (not linen/poly blends, mind you) are usually either unlined or only partially lined. The point of a 100% linen suit is for it to be light, and to breathe well. A full lining would prevent both of those things. However, for the cheap suit to be useful as a practice run, I need to make it using identical processes to what I will use the final suit. In the end, I decided to take a chance, and line the cheap suit with the lightest weight, cheapest thing I could find that would look and feel at least somewhat similar to a suit lining while still allowing for some air flow. I considered using netting, like the lining of a swimsuit, but that way lies madness. In the end, I selected the material they use to make performance polo golf shirts. It’s light, silky, inexpensive, and should breathe well, or at least wick away moisture if it doesn’t.

Canvas: The canvas is not, as one might think, canvas. At least it isn’t normal canvas. It’s a special material, made with cotton and either polyester fibers, or in the good stuff, animal hair. It gives the front of the jacket body and structure, and I have to assume, adds to that distinctive “wet wool” smell if you’re caught in the rain.

Haircloth: This is like the canvas, only more so! It’s made with more animal hair to make it stiffer. Haircloth is primarily used in the chest portion of the jacket.

Padding Felt: This goes between the haircloth and the lining to prevent the threads of the haircloth from poking through and stabbing the wearer like a thousand tiny pins. That doesn’t always happen, but it can. Some tailors omit this step. As I am going to be the one wearing the suit, I chose not to.

Please note: in inexpensive, mass-produced jackets (like every single suit jacket and sport coat I have ever worn), the previous three items are usually discarded, replaced with fusible interfacing, which essentially gives the jacket body by gluing it into shape. This makes the jacket stiffer, makes the lapels bow outward from the chest and bend at a hard point, and can cause a jacket to warp and pucker after dry cleaning. These are all things worth avoiding.

Collar canvas: This is similar to the canvas from the chest, but stiffer. It’s used to make the collar stand up and fold properly.

Collar Felt: This is felt that goes under the collar. (Not all of these are going to be all that profound.)

Sleevehead Roll: You know how the sleeves on a men’s suit jacket sort of bulge out where they meet the shoulder, sometimes jutting up high enough to form points like the end of a pagoda’s roof? Sleevehead Roll is a sort of piping that goes inside the sleeve seam to fill out that material. The name sounds like the name of a con-game from the 1920s.

“What kinda cons you been running?”

Buttonhole Gimp: A thick thread that gets buried in the stitching of a hand-turned buttonhole to make the threads protrude decoratively, and make the buttonhole more durable. When the time comes to use this, it will take all of my willpower to keep from declaring that it is time to “Bring out the gimp.”

Twill Tape: Despite what the word “tape” suggests, at least to me, this does not involve any adhesive. Twill tape is a long flat strip of heavy woven material that you sew into parts of the lining to give certain portions of the jacket more weight and stiffness.

That’s it for materials. It seems like a lot of stuff, right? Aside from the virgin wool, the IKEA linen, and the performance polo material for the cheap lining, almost all of the rest of it came from the same supplier in England. They shipped it to me in one package. Here it is. 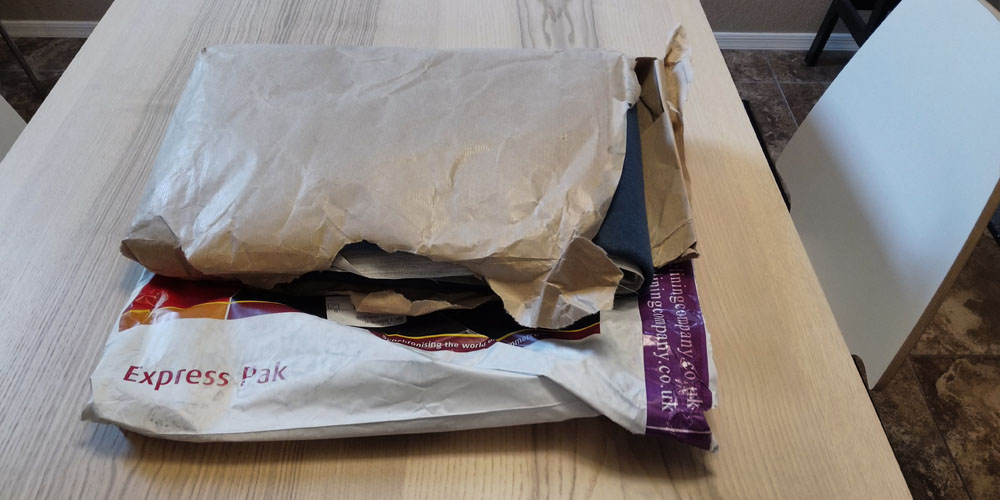 I was surprised at what a small package it all made, then I remembered that cloth can be folded.

I will also need to use several specific tools, almost none of which I had. These include the following.

Basic Sewing Tools: I bought a sewing kit at IKEA that contained shears, needles, pins, a tape measure, and a pair of small thread scissors. I used these for the practice stitching and decided to replace a few of the items with less-cheap equivalents.

Needles: It turns out there are several different sizes and types of needles, each appropriate for different sewing tasks. It seems you would use a different needle to  . . .say . . . sew your own bullet wound shut without anesthetic than you would to . . . perhaps . . .embroider a threatening message onto the pillow of the bastard who shot you.

A Really Good Thimble: I swear, the thimble in the IKEA set wore out after hemming four pairs of pants. I hadn’t even known a thimble could wear out, but that one sure did. I went on Amazon and bought a heavy brass tailor’s thimble. This thing is the Ferarri of thimbles!

Ironing Equipment: Believe it or not, the truly devoted ironer needs far more than an iron and a board. I will elaborate later. This will probably be a whole post in and of itself. I know it sounds riveting!

A Soaking Bin: This was intended to use as a plastic bin to soak my canvases in to preshrink them, but I’ve ended up storing much of my fabric in the sealed bin in an effort to keep our cats from shredding it.

A Tarp: After soaking materials to preshrink them, you have to lay them out somewhere flat to dry, where they won’t be disturbed. We have cats. There is no place inside our house where anything won’t get disturbed. We do, however, have a garage. I bought a nice new tarp to lay out on the garage floor. I intend to lay the material on the tarp.

I briefly considered making the cheap suit out of tarp. It would have been handy for rainy days, but after considering the idea for several minutes, I decided two things: that it was a silly idea, and that it was time to go to bed.