The Journey of a Thousand Steps

Okay, here goes. Pad stitching. I warn you this is going to be a short post about a long process.

Pad stitches are simple stitches designed to hold multiple layers of fabric together as if they were one cohesive piece. They are meant to be made in long chains, making it easier for a skilled, experienced tailor to make many of them in a relatively short time.

I am neither skilled nor experienced.

So, to pad stitch one of the canvases, you start with all three parts of the canvas, fully darted and basted together. 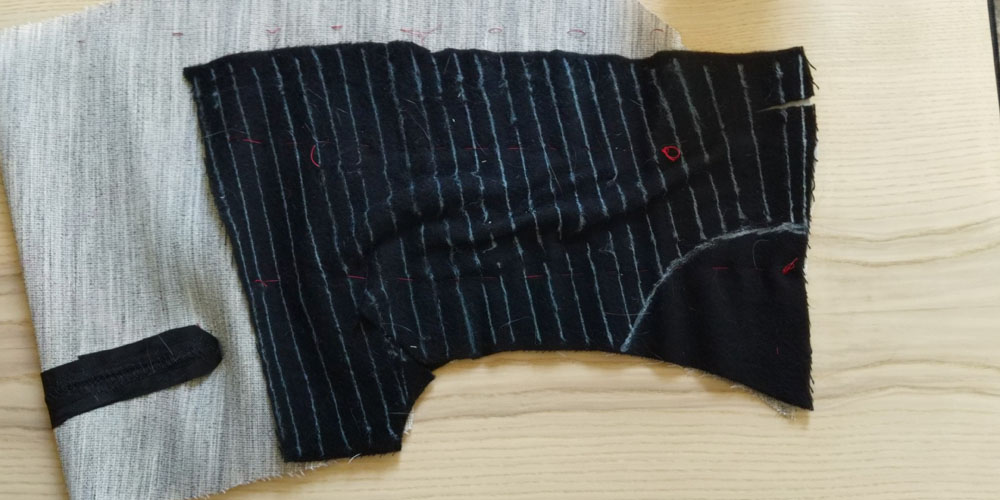 The right side canvas, ready to go. (Note: A small correction. I had said that you don’t make the darts in the cover cloth that you do in the chest piece and canvas. What I meant was that you don’t sew the darts shut. You do still cut the slits where the darts go.)

The basting also serves to hold the three pieces of fabric together, but they are still very much three separate things, whereas the pad stitching will affix them much more thoroughly, making them one cohesive unit. It’s like the difference between how a single toothpick holds a club sandwich together compared to how a melted slice of cheddar holds a grilled cheese sandwich together.

To execute the pad stitches, you turn said canvas 90 degrees, so that a chain of stitches made vertically will run horizontally across the finished piece. Then, you make a series of half-inch-wide stitches in a chain running down the width of the cover cloth of the canvas, which again, you are viewing perpendicularly.

This seems like it would go pretty fast, but bare in mind that I am a novice. I had to take a fair amount of care to make sure that my stitches look somewhat close to straight. Also, after a certain number of stitches I would run out of thread, so I’d have to stop, tie off the free end, and rethread the needle.

In the end, after two hours of continuous work (Hey, I’m writing one novel, editing another, writing commentaries for all of my back comics, and writing this blog, along with dealing with my business on top of that. I have the amount of time I have), the canvas looked like this. 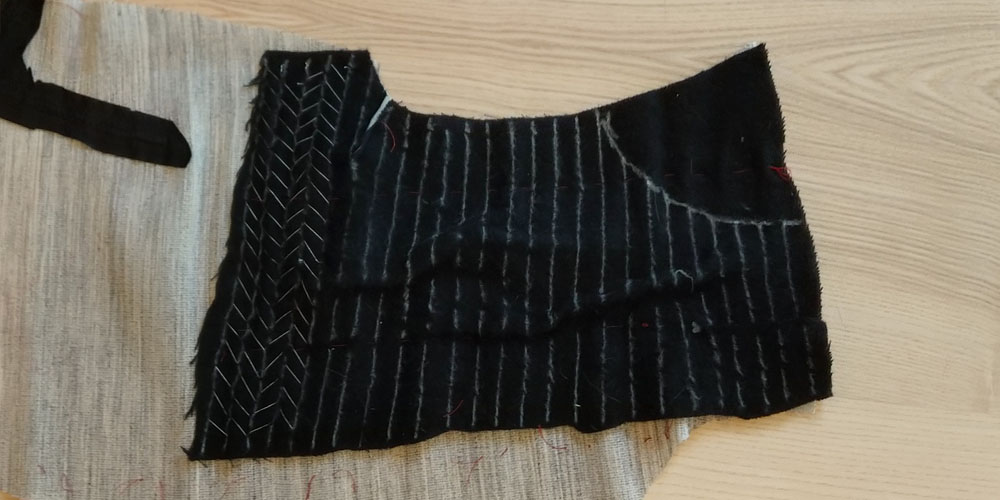 Yeah, I used the left canvas for the before photo, then got mixed up and started pad stitching on the right side. I could have just used photoshop to flip the before image so you wouldn’t know, but I have something called “integrity.”

Yeah, I know. Look, I’ll admit, a few of these edges look kind of ragged, but I remind you, there’s a reason that they don’t make shirts out of loose, soft felt. Also, these items will be buried inside the jacket, never to see the light of day again.

As for the stitches, I’m new to this, and am using this jacket as a test run for the real one. I predicted at the outset that some of the workmanship on this suit would look suspect, and lo, it has come to pass.

A couple of days later, I was able to do another couple of hours of work, getting me to this point. 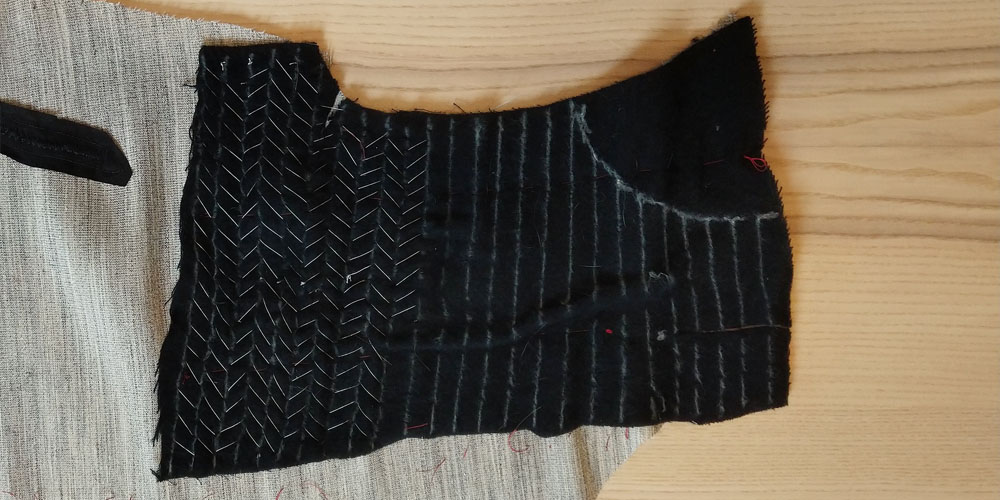 Four rows the first day, five and a half the second. I’d say that’s an improvement. One might point out that a few of the rows are shorter, but to that I say, “Shut up.”

And that’s all the progress for this week. See you next time.